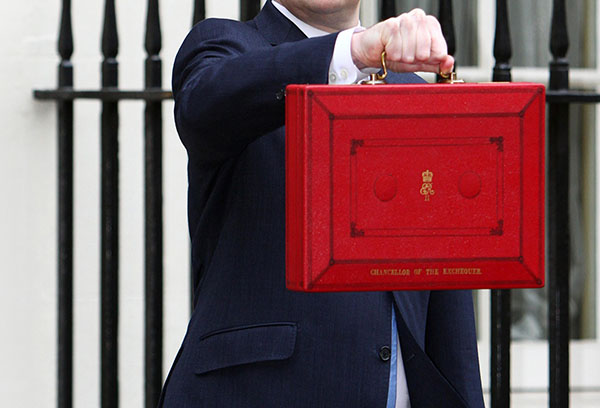 This was the first Autumn Budget, and a bit like the climate one typically gets at this time of the year the economic outlook in it was a bit gloomy. Because of assumptions about lower productivity – in 16 of the last Budgets it has been forecast to return to its long-term rate of growth of 2% but has stubbornly refused to do so – economic growth was lowered in every one of the next five years.

Also, the official assumption is that with Brexit, net migration will fall by 20,000 a year, so taking 0.2% off growth by the end of the period. Although these forecasts are often wrong, it remains the case that in none of the years ahead is growth expected to return to 2%. This is a more pessimistic view than that held by the Bank of England or the average of independent forecasters.

One ray of light is that inflation is expected to fall back to the 2% target by the end of next year and stay there. Which means that interest rates may not rise much from current levels, supporting the economy and the housing sector in particular. But the predicted cut to the size of the UK economy from the cumulative 2.1% reduction in forecast economic growth over the next five years comes to over £65bn. Economic underperformance is expected to be widespread, with the UK forecast to grow more slowly than the G7, the OECD and the EU in each of the next five years.

Fiscal stance easier but not by much

The Chancellor loosened the fiscal stance, and austerity was eased, though not by as much as the headlines suggest. Take the obvious point that the fiscal deficit is expected to persist until 2022/23 thus pushing up debt, yet the ratio of public sector debt is forecast to fall from a peak of 86.6% of GDP in fiscal year 2018/19 to 79.1% by 2022/23.

With economic growth averaging only 1.4% over the forecast period, this can only be achieved if growth in public spending as a whole is kept below the rate of growth of the economy, thus leading to a fall in the ratio of public debt to GDP.

There needs to be mention of the unannounced but continued freeze on welfare benefits and lack of mention of care homes or the squeeze on department spending. The Chancellor listed many of the ills facing the UK: the productivity gap, the implied cut in living standards and lack of funds to meet spending challenges, and the housing market crisis.

In this regard, how significant will the new spending announcements be given the size of the UK economy and the challenges he articulated? One way to answer that question is to assess what the net impact of the measures will be on the fiscal position. Table 2 shows shows that the cumulative effect over 4 years is 1.1% of GDP or £22bn. The spending peaks in financial year 2019/20 and then the impact fades to virtually zero in four years time.

More needs to be done to meet the challenges?

If I had to sum up, it was a Budget that recognised the issues but certainly did not go far enough to transform them into opportunities. The open question is whether this was due to a lack of will, of vision, or did the economic and political challenge of Brexit prove too much? My answer is none of the above: nothing radical was possible owing to the pulverising reduction in productivity growth announced by the Office for Budget Responsibility. Brexit may or may not make it harder to solve the UK’s productivity problem, but it was the real elephant in the room as the Chancellor made his Budget speech.